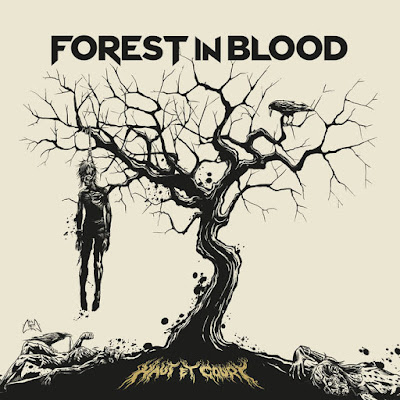 FFO: Proper hardcore with power and aggression.
Forest in Blood is a heavy as fuck hardcore band from Paris, France. This solid band has been at it since 1998 and have several respectable, yet not remarkable albums prior to this release. I don't mean this in a disparaging way, just there is certainly a difference between hardcore that is decent and albums that really grab your attention. Haut et Cout is the latter in a major way.
This band just has the power, the riffs and dare I say it the passion. Every track has that edge over its competitors, it may be a higher level guitar skill or vocal technique, but this band has mastered their craft perfectly. This album also indicates an act that is comfortable playing live, given the tightness of the album in view of raging tempo and changes in most tracks. This band know their shit and we benefit from it with this incredibly hectic and punchy album. From the instant the first song plays you wanna destroy shit with the violence this release promises. I also dug the variety in the songs as well as interesting changes to both tempo and song structure. Regression is the first intro style song that doesn't gently hold your hand, it throws you into the middle of the hardest mosh as track 2 Stay on Course chokes the hell out of you without a second to take even a half breath and this type of hardcore meets old school crossover battle continues throughout this fantastic release. Third track Black Skull contains a chorus that is eminent of peak Madball or All Out War. LOL, don't expect this album to dilute at all, it's all quality and nutso pace with top-shelf guitar magic and vocal prowess. 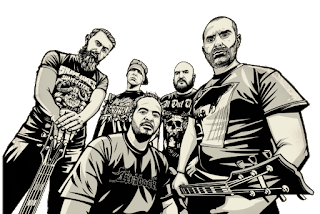 They can slow shit down and also add some groove, be excited this band are what hardcore should be in our current era. Never Surrender is one of my faves with its Slayeresque intro, which proceeds to what can only be described at hardcore on steroids, and meth. Just abrasive and catchy shit that resonates. My advice is don't skip to this track as it's placement in the album just works in a sublimely psychotic way. And for shits and giggles, you have equally hard toned tracks like Liquor of Tears and Reign in Rum which both find that perfect mix of hardcore and almost Cryptic Slaughter level of crossover mayhem to round off an amazing album. If you never heard of them, forget that fact this is their finest hour and you deserve to treat yourself to a European masterclass in epic hardcore.
Buy this gem here:
CD Digipack :
https://1054.bigcartel.com/.../forest-in-blood-haut-et...
Bandcamp Digital :
https://1054records.bandcamp.com/album/haut-et-court
Watch this:
https://m.youtube.com/watch?v=6Dc_8pDI5t4
Socials here:
https://www.facebook.com/ForestinBlood