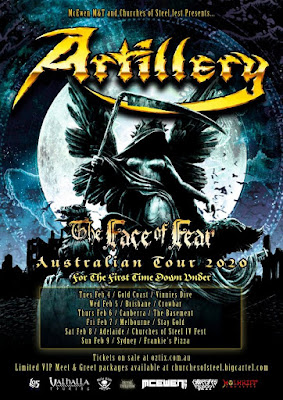 Denmark’s ARTILLERY is easily one of Europe’s earliest exponents of thrash metal, and the band’s contribution to the classic genre is difficult to ignore. Delivering a sinister array of riffs, fusing pure aggression and hyper speed with technicality and strong melodies, ARTILLERY is a full-throttle thrash inferno. Ready to attack and resonating like a hail of gunfire, this Danish quartet will leave Australian audiences stomped, crushed and battered in the pit!

If you dig real thrash metal and scintillating vocals and face-ripping riffs, you must ahead one of these upcoming shows as Artillery is finally on our shores for the first time.

We were lucky enough to interview this metal institution and if you don't know the albums, dig deep and have a read, this is pure metal greatness.


1-It's 2020 and Artillery are still as relevant as when your crushing debut Fear of Tomorrow dropped in 1985, what drives you as a band? Also how has the band’s sound changed since inception?

We still love to play. We still love to record and write new songs. We still got great reviews both from our latest records and from our live shows and the most important thing, the reaction, and support from our awesome supporters that really makes it worth playing in Artillery.
Basically, we still have our sound and riffing, but of course when you got a new singer it always changes the sound a bit, so I guess we are being a little bit more melodic since we started back in 1985.


2-Give the uninitiated a history lesson about the band? Plus give the readers the context of your homeland and the musical forces that existed then.

We started in 1982 just outside Copenhagen in a small town called Taastrup (at that time bands like Mercyful Fate and Pretty Maids was the big thing in metal in Denmark), did a couple of demo´s before signing with Neat Records where we recorded 2 albums Fear of Tomorrow (1985) and Terror Squad (1987) Artillery first tour outside Denmark was in Holland 1985 and at the same year we also supported both Slayer and King Diamond.

In 1989 Artillery signed with Roadrunner and release the By Inheritance album in 1990 produced by Flemming Rasmussen. From 1989 -1991 Artillery did some tours who included our first trip to Russia before the iron curtain was falling.

Artillery then did a break from 1992 – 1998 (Morten and I did the band Missing Link) before reunited in 1999 as a 3 piece (Flemming. Morten and me) with the help of a drummer from The Haunted. We recorded the B.A.C.K album on the Danish label Die Hard and played Wacken 2000.

After a show in 2004 on The Rock (Denmark), Artillery took another break before returning in 2007 with a new singer Søren Adamsen. We now started to tour very heavily around 80-100 shows every year, including Sweden Rock Cruise, The Bang Your Head Festival and Rock-Hard Festival just to include a few. 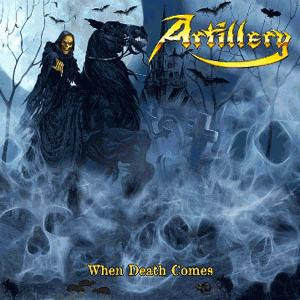 In 2008 we recorded our first DVD One Foot in The Grave the Other One in The Trash followed by the albums When Death Comes (2009) and My Blood (2011) all on Metal Mind Productions. At the same time, we toured a lot in Europe, South America and did our first shows in USA.

In 2012 both Søren and founding member drummer Carsten left and was replaced by Michael on vocals and Joshua on drums. We then signed with Metal Blade and Released Legions (2013), Penalty by Perception (2015) and our latest album The Face of Fear (2018). Since 2012 we have toured in South America, USA/Canada, Europe, China, Japan including the Metal cruises Barge to Hell and 70.000 Tons of Metal.

In 2016 Morten got ill and couldn’t tour with us anymore and passed away in 2019 (RIP) which was tough for us and we still missed him a lot. He always said don´t stop the band keep it going and we got Kræn on guitar to help us.

So, 2020 will be great, we will tour down under for the first time ever and we are really looking forward to that.

3-What makes Metal such a rewarding and sustaining genre for you?

I really love music and I have over 4000 CD´s and 1000 Vinyl’s and it´s only metal, heavy rock and blues and listen to music every day (today I heard Black Sabbath, Destruction, Savoy Brown and Savatage) and i´m still buying music(both CD and Vinyl) not streaming it 😊

4-Talk to us about how you got into metal?

I had a friend back in the early days who had a big brother(which also had a guitar) who introduced me to bands like Deep Purple, Black Sabbath, Uriah Heep, Slade, Led Zeppelin and Grand Funk Railroad and was hooked completely on Heavy music after that. I saw my first shows in 1974 – 1976 which included Slade, Kiss, Thin Lizzy, Black Sabbath and AC-DC among others 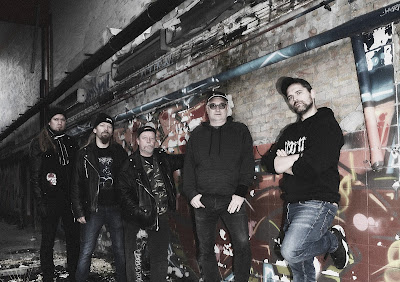 5-I read you are aiming to release a new album this year, we are definitely keen to hear any details about this and any great changes style wise from the last album, The Face of Fear which was absolutely killer by the way.

Thanks, Yes that’s the plan i´ve already written 2 new songs and basically it will be closed to The Face Of Fear I guess but we will definitely try to give them so new input, I’m working on a new song which could be the longest Artillery song ever written with a lot of different styles in it.

6-You seem to have a solid base of both old and new fans, why does Thrash metal have so much appeal regardless of timelines and trendy versions of metal? Also why does melody play such an important part of your sound, as well as amazing riffs?

Yes, it´s great to see that thrash still appeals to both old and young fans, it´s because of the combination of aggression, melody with great hook lines and the passion of the musicians who played this style.

For me the riffing, the power, the melody and the hook lines combined with aggression in the drumming and the guitar solos, makes it a good song and that´s what I like to hear myself. So we always try to make songs like we self-want to listen to. So that’s why. 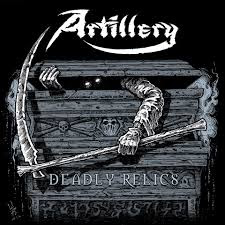 7-You are touring Australia very soon, what do you know about Australian metal?

Good bands like Mortal Sin, Hidden Intent, AC-DC, Buffalo and Rose Tattoo, Airbourne and Wolfmother and I know there are a lot of dedicated Metal Fans.

8-How different is both touring and recording compared to your early days? What are some of the highlights (and also struggles) that this magnificent band has had? Any favorite gigs that stand out?

I like both things, but nothing can beat a good live show. We had some great festivals like Roskilde Festival, Wacken, Maryland Deathfest, Rock Hard, The Metalhead Mission etc. Of course, it can be touch sometimes traveling so much but when you are on the stage you always forget that. Highlights must be some of our gigs in South America which is totally crazy with those awesome fans. 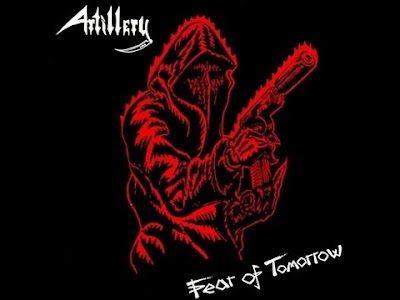 9-After the Australian tour, what is scheduled for the rest of the year?

We do a European tour, some great festivals and working on a new album.
10-Michael is one hell of a vocalist and you have had some sensational singers-how stoked are you to have him upfront?

Really good, Michael is not only a great singer but also a good friend.

11- Any other messages or thoughts for all your Aussie fans?

Hello, Mates, get ready to Face the Fear down under.

Can´t wait to play for you, looking forward to seeing the Aussie's head bang!

Thanks for your support so far.

Great interview and a wicked band, miss this at your peril!!!!

and pretty much listen to all their albums on your favorite platform.

TICKETS ON SALE from 9.00am Friday November 8th
www.oztix.com.au 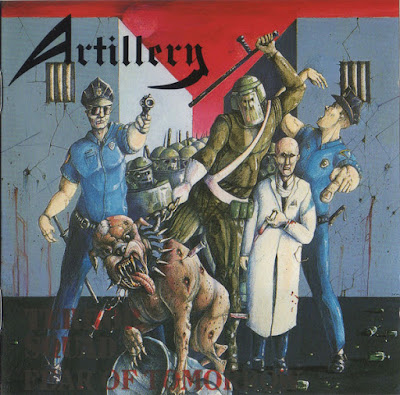