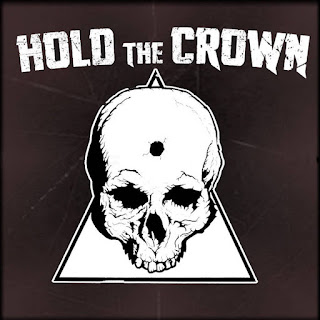 Hold the Crown-S/T album reviewed by Mark Jenkins. If you haven't experienced the joys of the H8000 Belgium hardcore scene; please take the time. It was a really productive period of the 90's where in Belgium, intensely aggressive and many metal influenced hardcore bands were created and bands like Congress, Regression, Spirit of Youth and my personal fave; Deformity (abrasive hardcore mixed with death/grind) really exhibited the brilliance of one passionate and angry region. Labels like GoodLifeRecordings released stellar albums and the diversity in one scene was and is very individual (in the best possible way) to this geographical hotspot and it's now in its third conquering wave.

Hold the Crown epitomize this sound and showcase the peaks of H8000 with an incredibly modern lens. Many critics are too quick with the throwaway NYHC labels easily thrown at this band. This writer suggests there is more of a Cleveland sound underpinning this band mixed with death metal. The song structures are solid classic hardcore but add crushing metallic riffs and sensational death growls and you have a really refined band. Given this is their debut, one can suggest future releases will be held high if this is just the start of their glory. This is crushing metallic hardcore at it's best. Don't waste your time on average and generic hardcore. This is the real deal folks!.

Highlights: "Mindwar" with it's crushing groove and growls, "Rush Hour"; pure pit violence and "Dead 2 Me" note to piss-weak bands this is how you do clever beatdown. 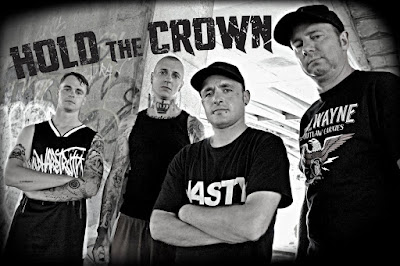 4.5/5 Belgium waffles for me with a side of Duvel golden ale.

This H8000 gem is out now on 1054 records via https://1054.bigcartel.com/ so grab a physical copy asap; scare your neighbors and educate the non-believers.

Devil's Horns will be interviewing these hardcore warriors very soon.