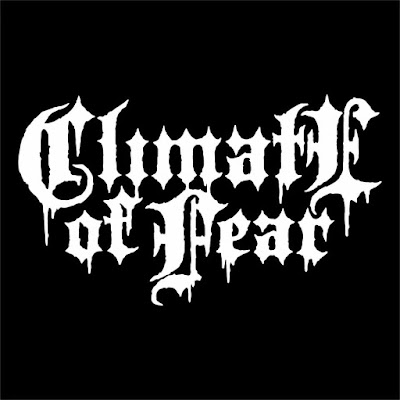 Like this zine, Climate of Fear are gritty and nasty as fuck. First the mad Holy Terror ep and more recently the epic and hard as nails track; From enslavement to extinction which has a more death metal meets crust feel and is also from the debut album being released late this year.

I recently caught up with these quality english folk:

1-Could give me a brief history of your band, it's name and what releases you have?
I started writing some songs a couple of years ago at home and then over time it evolved into the 5 of us jamming and laying down the first EP. We played our first show in February (2018) and kept on rolling since then!

The first time I saw anything to do with punk or metal was my sisters band playing a Misfits cover at a battle of the bands event at my school! Even on that level I just liked the aggression and escapism of heavy music. And then when I started to see and hear heavier stuff it just seemed to make sense. Metal, punk and hardcore seems to be the perfect way of releasing aggression in a positive way.

For us, the messages in our lyrics have to be reflected in our artwork and videos, so we just try and think carefully about the two aspects can compliment each other.

Playing live is probably the most fun aspect of playing in a band for me, it's the best escapism and obviously it's really exciting because the way people react to your set is instant feedback on what your doing as a musician.

Our message as a band focuses on the world we live in and the way it's shaped by those who control it, whether that's politically, or through religion or just as part of popular culture. We are conditioned to be permanently afraid; of another country, a religion, the unemployed, criminals etc and this is to keep us in line.

Earlier this year we released our first EP "Holy Terror" via Demons Run Amok. We're now working on a full length album and we released a new single "From Enslavement To Extinction" recently. 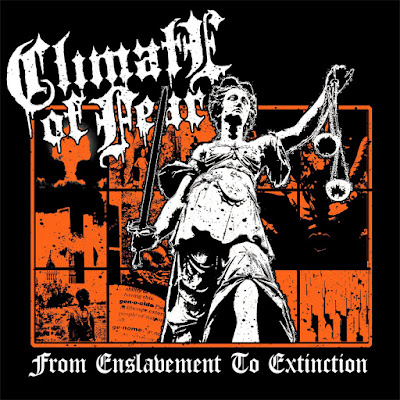 For me the only struggle is that I wish we could play a show everyday!

We're playing a couple more Fests over the next few weeks: RIIP Fest in France with First Blood and then Support Our Scene Fest in Denmark with Wisdom In Chains and Surge of Fury.

And then we're supporting Merauder across Europe for most of August including Ieperfest in Belgium and Ready Fest in London!

And here's a review i did for their last ep, I suggest picking it up asap. 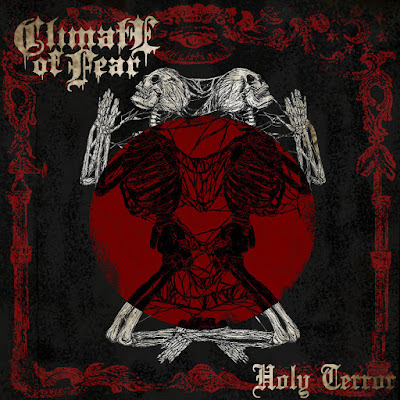 Friends of Hardcore, Metal and Beatdown should rejoice this February as English Hardcore outfit Climate of Fear is going to release their debut ep "Holy Terror".
A brutal release that is relevant for many genres and will hit like a bomb. Climate of Fear might sound familiar, as Shouter Paul is also a member of Desolated.
Hells yes!!!!

Gritty and snarling hardcore that is very catchy but metallic in the vein of All Out War/Arkangel mixed with some wicked 90’s metalcore. This is well delivered and well written anthems for both hardcore and metal tribes equally.” Twisted reality ‘ is a ripper and also delves in some old school UK crust effectively. I dig how the vocals are heavy but really defined in both clarity and purpose. Pace varies across the whole ep and another cracker comes in the track “Entombed” which like the Swedish band is extremely brutal and guitar driven. This track clarifies Climate of Fear main strength; epic tracks that take you on a crazed journey of heaviness. It’s metal worship but very punk as well, almost Concrete Sox like. This was a real surprise of an EP as I had literally heard zero about this band prior to this review.

You need this ASAP.
https://www.facebook.com/climateoffearuk/