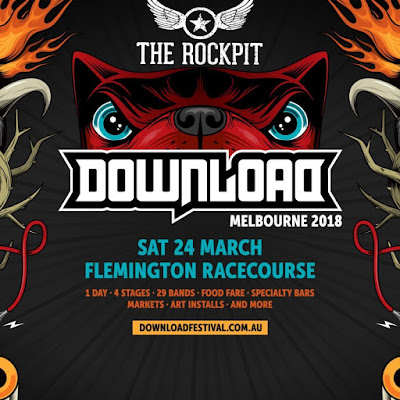 (Apologies, but technology failed me plus some old admin. issues)

There had been a massive gap of over five years between when both Soundwave and BDO died a sudden death, so the masses were damn excited for a return of an alternative music festival. The weather was dreadful initially with torrential downpours early on, but OMG what a solid festival. Whilst not to everyone’s taste remember it was a single event that aimed to capture the imagination of alternative genre fans to kick-start a revival of the non existent and thankfully non techno, hipster or folk music summer festival.

Entry to the venue was very slick and well organised, it can be said for the whole running of the festival-no lame tickets to buy booze and while this excludes the underagers, it made it easy for the rest of us. Diverse and decent array of food and most importantly not marathon distances between bands.

This is both rare and well appreciated.

On to the acts I checked out. Make Them Suffer were a heavy and abrasive metalcore style band from Perth. I really dug the keyboard element to their set, which I normally detest with most bands. Worth sussing out.

Bad Cop/Bad Cop had all the functional elements of riot Grrrl style punk with fantastic harmonising between the whole band. A pleasant surprise and these cats could play exceptionally well, the crowd dug them heaps. 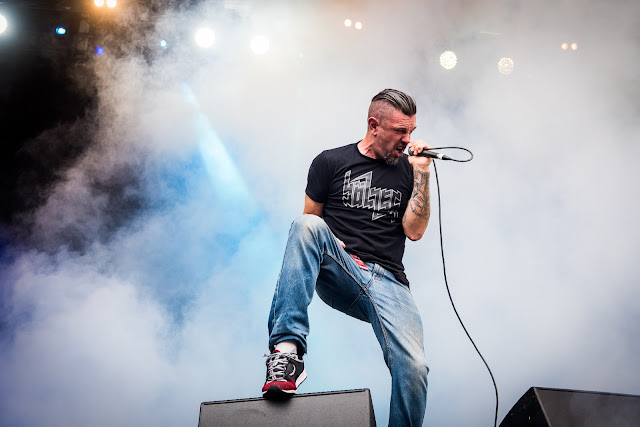 Psycroptic were easily one of the best performers of the day, tech metal with a touch of death but so captivating live whilst pummelling your skull. Simply put; these are brilliant musos who could work the crowd into an early fury and despite their long career, absolutely no signs of slowing down. Brilliantly Brutal. 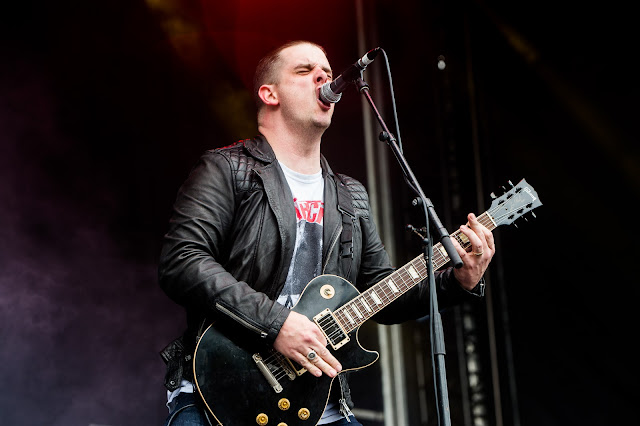 Nails are an absolute fave band of mine and oh my god did they deliver. Minimal crowd interaction and the hardest pit all day, they came and destroyed and to top it off did a GBH cover. Sick Boy….sick boy indeed, I loved their evil and ill set. Best on ground performance. 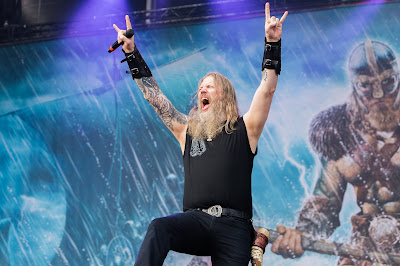 Amon Amarth did their Viking death metal it’s dues, but it just didn’t deliver well, due to some sound issues. They gave us the songs we wanted but I felt they would have been better later in the day, rather than mid afternoon.

The performance just seemed kind of tame, a description I never expected. 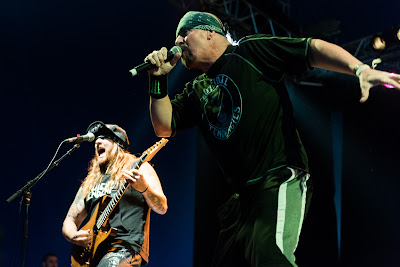 Luckily Suicidal Tendencies made up for Amon’s dull and average set and it was a trip down memory lane and Mike Muir was like a wound up energizer bunny giving good vibes and life advice. Their set touched on tracks old and new but was a cracker. Suicidal for life!.

Mastodon, technical and super craftsmen, but I have no love for their later stuff and tbh they just bored me, for my friends who were huge fans, they remarked it was a perfect set. Kudos to them, I sought donuts and coffee at this stage.

Limp Bizkit were just that, limp. Whilst I will disclose I am not a Nu Metal fan at all, it was a cliché-ridden set and Fred Durst just appeared like an old man dressed in kids clothes, bored out of his skull. Lame and Limp.
But their fans and the masses in general lapped it up, a definite winner in terms of crowd favourite and numbers watching them. 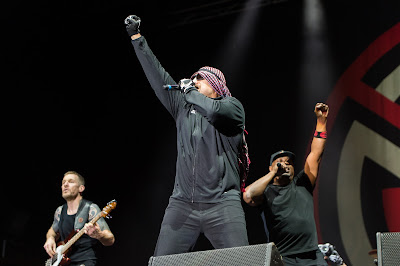 Prophets of Rage, what a fire cracking surprise. Their album was pretty flat, but had enough energy to get a rotation but live they killed it. Mix old school hip hop with rock and throw in some crowd-pleasing covers from RATM, Cypress Hill and Public enemy and you gots a winner brother. Great, energetic set. 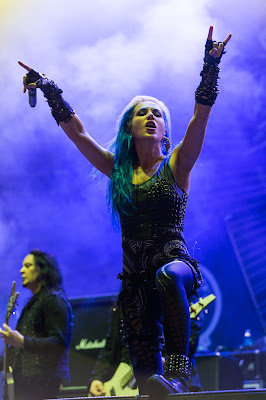 In contradiction was Arch Enemy’s set. Whilst they were brilliant musicians and Alyssa’s voice was great, it was very flat and predictable and I will say too over the top and almost mainstream with all the lame crowd interaction for me. And despite killer albums, it was just a snoozefest. maybe a band better suited for the club venues I think.

However the mighty Hot Water Music delivered it in spades, the complete opposite of last mentioned act. Straight up punk/hardcore played from the heart. It was emotional and endearing, just a fucking honest performnce. No bollocks, but great songs and diy effort to the last note. Very inspiring.

Other notes from the day: I briefly watched like x5 songs of NoFx, who were simply NoFx; prankster punks doing what they normally do. Nothing exciting but pleasing the crowd as they always do, just not my thing.

But given how long they have been hitting it, they are masters for their genre. 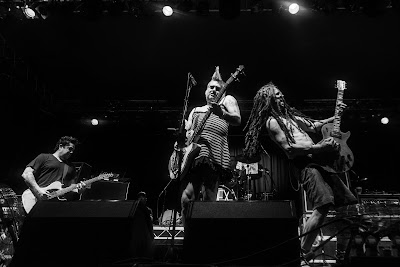 Korn were similar in that I have no interest in this particular band, but their performance was what the fans wanted and it was much, much more genuine than the half arsed effort by Fred Durst and co. A very qualified headliner and the sheer masses that stayed for them is testament to great selections for the first of many more years of Download.

Like previously mentioned, a well run festival with almost something for everyone and very well attended. I look forward to this festivals growth and expansion.