Nothing From No One - Requiem For Mankind album review 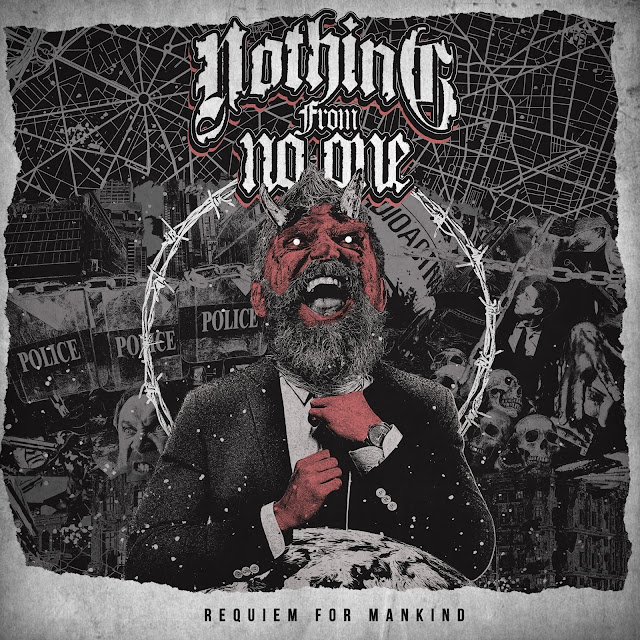 French Hardcore heavyweights drop this sensationally incredible album on the 15th of May and ever since their last aggressive masterpiece of an EP "The Painful Truth", I have been eagerly awaiting this release. It is the battle flag in the sand that declares it's intent and says "THIS IS HARDCORE".

NFNO is a fantastic hardcore band from Montpellier, France. They have always played on sensational lineups across Europe and this album ascends them to the top echelon of this genre. And the guests on this album really compliment the solid songs and pure grit of this album. It is well produced and warrants repeat plays from the very first listen. Quite simply one of the best European hardcore albums in absolute ages, as previously mentioned often too much of Euro hardcore is beatdown obsessed; this is just heavy, nasty as fuck hardcore.

Requiem for Mankind is an 11 track rager of a release that simply does not piss about. It grabs you by the throat and squeezes every breath out of you; it is so unrelenting it reminds me when first hearing death metal classics and literally needing to take a breath from the chaotic, punishing stampede I had just heard. Nothing is arbitrary here, it's just riff after brilliant riff, great breakdowns and two-step magical sections, and all pure addictive tracks.

Let's talk about the guests on this electrifying release. We have Louis - Ironed Out, Rolf - Crackdown Jack - Kraanium, Jason from Capital Enemy and wait for it.......drum fucking roll...................................... Billy Milano from S.O.D./M.O.D.; yes I didn't imagine or make that up.
As I said before, all these guests add depth to the songs and don't overcrowd the craft of NFNO, but enhance the brilliance of the songs here. But of course, Billy steals the show, as expected. Another substantial guest is Peter Worrall of Australian hardcore/metal label 10-54 writing the stellar lyrics for Fucked By Life. Talk about an all-star effort here folks. You just can't go wrong with this album.

Highlights: Without a doubt, I loved Redemption's Way because not only is it a raging track, but it has Billy Milano from S.O.D., Padre Nuestro because I can't get the riff out of my head from the first time I heard it and Stench of Corruption just because it's epic. But as a classic hardcore album, it suffers no shortfalls remotely, all killer tracks.

Recorded and Mixed by Stu McKay at Studio 6 in Swindon, UK & mastered by the award-winning Alan Duches at West West Side Music in New York "Requiem For Mankind" will is set to truly establish NFNO's standing in heavy music circles worldwide. 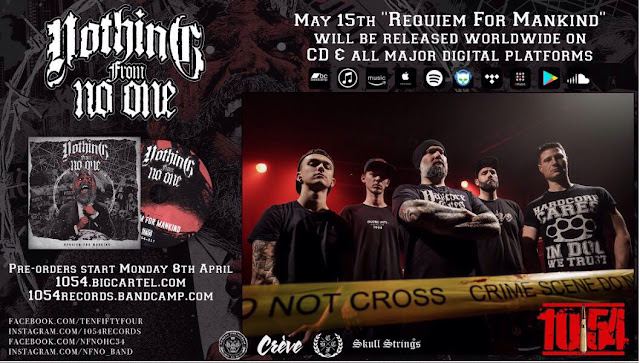