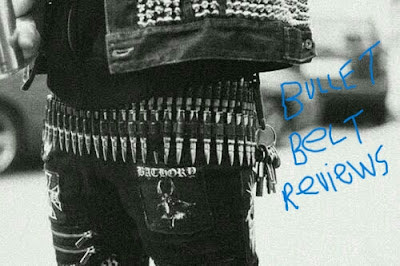 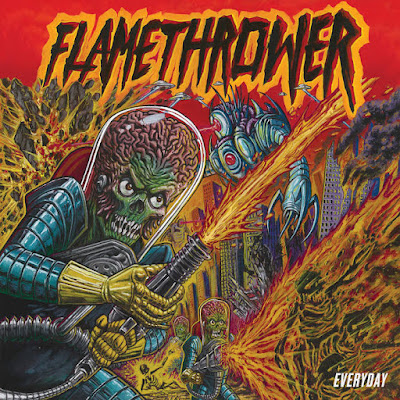 It is certainly a challenge to fit these albums into a streamlined review, but I will try. This project which has also played live is a mix of so many heavy and otherwise genres. Literally, this is broadly(strap yourself in) jazz, metal, doom, country, blues, punk, hardcore, post-punk, black metal, psychedelic and everything in between. The brains behind this is the super skilled and musical genius Paul Lindsay of Vicious Circle fame. Now VC has over the years dipped its toes into various genres and this is a dude well into so many mixed genres/bands. And these flavours are combined in the brilliance that is this band/project. It has amazing synths, wild drums and percussion, quirky cello and saxophone. But the key to these two releases is wild experimentation, which so many avoid. And by missing the boat so many bands, simply suffocate in their dullness. The songs, even the mega-fast ones are so well written and the albums sound like all the best stuff local radio 3PBS has played over the last 30 years. One minute it's punk classics like Unwritten, Bottle Boy, Kubuto, Caustic Oath, Soil, weird arse avante-garde gems: Cock Your Hammers, Human Experiment, Gates of Hell, Everyday, Stay Tuned, Dead End of Town,Cut Snake, Ceremony, Regenerator, and real genuine post-punk stuff like New Apathy, Lesser God, Endless Battle, and even straight Black metal gold like Blood Moon Tide. And these intermix and the track listing on both is solid and wild, both albums will stagger you and most artists never cover so much ground in even ten albums, let alone two consecutive releases. This is solid and supreme music. I loved every track, but I believe I have pretty wide tastes and the most brilliant songs were the ones that really went out on a limb like Be About It, Monolithic, Death Rides A Horse, Compassion and You Are Who. But the absolute god-tier shit I adored was the following and they are as much TSOL as weird jazzy stuff combined with Leonard Cohen and almost spacey indy rock; Intergalactic, Your Not Here and Temple of Broken Light. So much ground is tangiently covered over the 28 tracks and it's the wildest ride you have ever heard; literally, it's weirder than Mr Bungle and is even more curated than that band. Embrace the weirdness and get both albums asap!!!
Out now:
https://flamethrowerbandaus.bandcamp.com
Watch these:
https://www.youtube.com/watch?v=a0eQeK3s5qs
https://www.youtube.com/watch?v=_buUA9YW6a0
https://www.youtube.com/watch?v=CjGzPEEx3O8
Get Antisocial:
https://www.facebook.com/profile.php?id=100076260107332 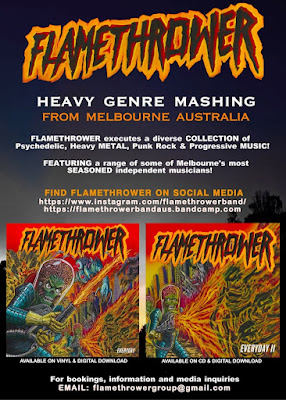 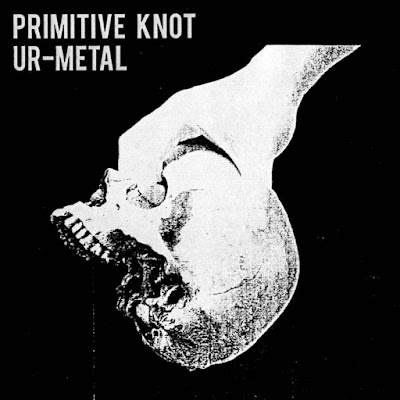 Ok, I have to confess, I review and listen to tons of music and most are pretty shit TBH. My real adoration is reflected by my fave Bands: Napalm Death, Godflesh, Various UK Crust and Anarcho bands, Amenra and The Acacia Strain. And pretty much the spaces in between be it noise bands, black metal, electronica or power violence. So when a band like this exist, I am on my fucking knees. this is noise, this is metal, this is cold heartless drum machines, riffy and grim as hell guitars, it's crusty, dirty and the vocals are repetitive as hell....and I love it. Primitive Knot is why overproduced metal can go straight into the toilet. I love how some parts are super reflective of the northern England depressed tone and still synthy and almost dancey. Bleak and with a sonic violence-induced groove, hmmm this draws my ears to its ugliness. This is solid from start to end, it's flawless, brutal and exceptional and also has the most epic closer the title track that runs for 21 mins and starts very droney, wigs out more as the song progresses, and the acerbic riffs hang around in a lovable mix of gothic and industrial mayhem. It's stark but as warm as your blanket. Highly recommended and they are also on two of the world's finest labels: Deathbed Tapes and Phage Tapes. This band is incredible!!!.
Out now:
https://primitiveknot.bandcamp.com/album/ur-metal
Antisocial:
https://www.facebook.com/primitiveknot 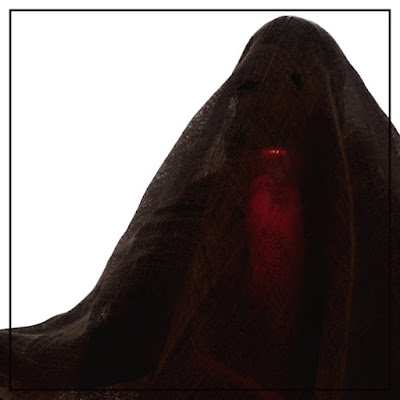 Following on from the last review, I am all about music that challenges and Eeli Helin from the projects/bands of greatness:Vomitriste | Fawn Limbs | Fargue | Lung Knots | Sulphur Nurse is one of the wizards on board here and everything he does is fucking wild, as in eclectic but not in a dumb hipster way. This is gritty, weird-arse music that is truly experimental. Vorare is an outlandish, creepy and epic journey in experimental music that is a mix of doom, industrial, harsh noise and droney eerie stuff. The mix of weapons used on this is amazing and out there in the best way. I love on most tracks that this is not the stuff I'd listen to whilst walking thru a graveyard or dark alleyway, or maybe I would. The production is thick, in your face and at the same time entrancing but pretty punk as fuck. Most are adventures in unorthodox soundscapes and most really fuck with your head. But it is the most perversely satisfying music I have heard in some time. The only resemblance (and I ain't here for the top 50 hits baby) of a semi-basic tune and basic song is They Are Here and that even goes tangential.
This is luxurious oddball greatness and soak yourself in it. It is original and amazing.
Out now:
https://vorare.bandcamp.com/album/voyeur
Watch this:
https://www.youtube.com/watch?v=CuJgmYLyOck
get Antisocial:
https://www.facebook.com/vorarenoise 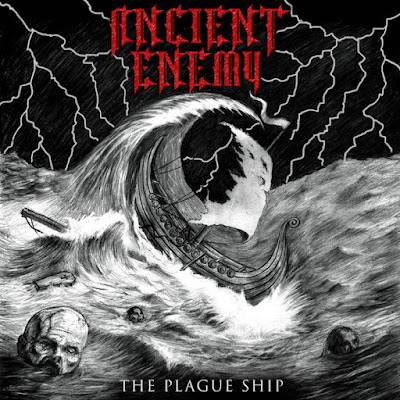 This is wild, thrashy and death metal-inspired excellence. The riffs are fast and hectic and the general approach is to build a deep mood and punish the listener (in a good way!) with clever song structures and absolute balls-to-the-wall blackened thrash magic. They are definitely not aiming to reinvent the wheel, but like all modern thrash bands, it's about the smart use of tempo and utter headbanging glory. It's as much Kreator as Sodom, and perhaps even some Venom/Iron Maiden style. My fave tracks were the title track and the glorious Rise and Die. I really wanna hear a full album of this excellent thrash fare, impressive EP!!.
Out now:
https://ancientenemy.bandcamp.com/album/the-plague-ship-2
Get Antisocial:
https://www.instagram.com/ancientenemy.rise/ 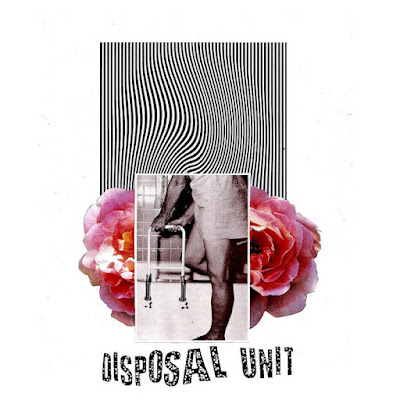 Another weirdo eclectic noise bastard band, that I adore and who my own band wanna definitely collab with in the future. These bunches of geniuses hail from Ohio and produce the most brilliant Industrial, noisy sludge you have ever heard. And I mean that with passion, this is really unhinged, groovy and catchy noise-based punky metallic brilliance. From all accounts, lovely people and real artisans. I love the real new york arty/yelling punk shit on display here, which is utterly underpinned by loud as fuck guitars, mad synth oddball magic and lovely pedal fuckery. This is heavy, goes on wild tangents and is exceptional. I love how it is super eccentric but at times has hooks and choruses that are borderline peak grunge harmony-like.
Such a sick band, follow and support them fucking hard. Top Band with epic skills!.
Out now and always releasing cool shit:
https://disposalunit419.bandcamp.com/album/for-the-leeches
Get antisocial:
https://www.facebook.com/disposalunit
watch this killer clip:
https://www.youtube.com/watch?v=sdDDWVVJ9LI&t=247s 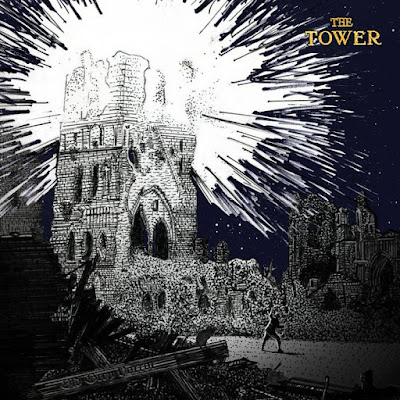 I dug this release and it totally fits in with the maddened mix of artists on this post. This is a wild ride of indie pop, acoustic gems and an absolute ripper of a concept and also some maddened metal numbers. But the whole idea is clever and well-researched. This is original and damn wild, add some chunky samples and synths and you have a beast of an album, that is one minute like Weezer, then Monster Magnet then borderline Slayer.  Each track has individual info attached to it and this is intelligent and well-structured gold. I love this background info:
The Tower is less a metal album than a symphonic manual of destruction—roaring, experimental, loosely constructed and yet strung together by razor-thin filigrees of hard-driving precision.

Old Grey Horror’s The Tower delivers the heavy metal war epic our bloodthirsty souls have been craving since we ditched purple sack suits and strapped on bandoliers. The album is the brainchild of Jason Adams, co-author of gold record Eurotrip anthem "Scotty Doesn’t Know." This new project finds the guitarist bombing into more harrowing sonic terrain, guiding the listener through one infernal circle after the next like a latter-day Virgil. The album is as DIY as they come: Adams wrote all the music and lyrics, drew the album’s cover art, smashed dumpsters and cast iron pans in pursuit of the perfect effect. His commitment to retro recording techniques charges each track with a dense, lush ambience that will rocket you back to the golden age of vinyl.
The mix is heavy and atmospheric and you can tell that Jason is utterly into the subject matter and he is not only an accomplished muso, but he also drew the amazing cover art. I love how it jumps from old-school hard rock to indie pop, then very punk/metal combos that knock you for six. The way that he articulates the subject matter is unique and so well-executed. We have all had this shown via death metal and even classic metal, but this approach is deep and sparse. The production is excellent and the detail and placement of absolutely mindblowing. Highly recommended and please listen to this from start to end.
Out now:
https://oldgreyhorror.bandcamp.com/album/the-tower
Watch/Listen this:
https://www.youtube.com/watch?v=fA4yMd2TL3w
Get Antisocial/Linkage:
https://www.oldgreyhorror.com 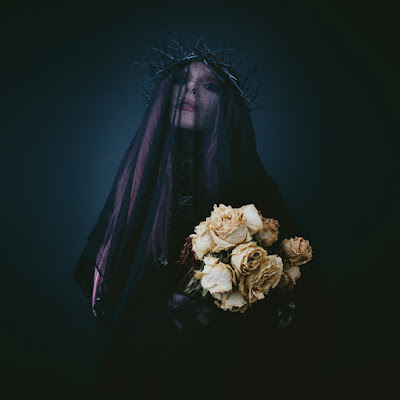 I love that this catch-up review section has frankly included some of my fave artists. And whilst the template today has been broad as hell, Frayle is easily a god-tier band for me. A totally cool mix of doom, indie rock and solid metal underpinning with a passion for a catchy and memorable experience on every fucking record. The riffs are always timely in their fuzzed-out approach, the sensual and delightful vocals dominate the atmosphere that the band seek and the overall product is tremendous. I have to laugh that some reviewers see the album as slightly repetitive and unimaginative; this is some crazed thought tbh because firstly; doom metal builds on very purposeful repetitive riffs and the structure is built that way. Secondly, if they actually listened to the album deeply; there is a huge amount of variety on this release and as an audio document it is amazingly abundant in stylist tone and atmosphere. Disagreements aside, Skin & Sorrow is very lush and whilst the core of the sound is gothic-driven Doom Metal, the sombre tone is broken up by Bilovecky's immense guitarwork, one minute it is almost ambient and atmospheric and then can be aggressively savage. The riffs throw you into the wall and the counterbalance of Strang's vocals is both unique and inventive. I believe all ten tracks are excellent, but I feel as an artful grief-focused piece that it definitely hits its stride from Roses onwards. The grim essence builds more and is absolutely gripping. Like most articulately made albums, this is designed for deep headphone listening to appreciate all the fine nuisances of this album; even though i would love to see both albums done live. I adored their debut and this album continues the high quality of this band's excellent catalogue. Definitely one of the year's best releases!!.
Out now:
https://frayle.bandcamp.com/album/skin-sorrow
Watch this:
https://www.youtube.com/watch?v=FwQ_yt8WEVo
Get Antisocial:
https://www.facebook.com/frayleband