Interview with Karl Willetts-Memoriam and review of Requiem for Mankind. 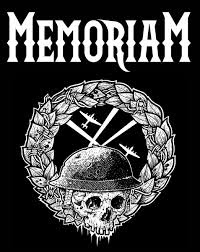 Memoriam is a band that literally is made up of  Metal gods; ex-Bolt Thrower, Benediction, Sacrilege and Cerebral Fix. That's damn heavy.
The band started as some friends jamming some old school covers but quickly became a solid band as witnessed by the three solid albums, the third which drops this week.

I had an awesome chat with Karl, their vocalist and to say he was a passionate, awesome great guy was an understatement. He is the knowledgeable metal guy that with a heart of gold that you'd chat to for hours in your local beer garden. The subjects ranged from the awesome power of the new album, about how music is so rewarding and also about the importance of an underground music community and it was a fantastic chat. Enjoy. 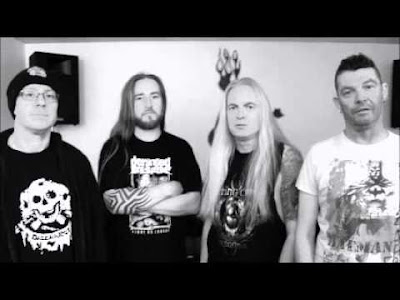 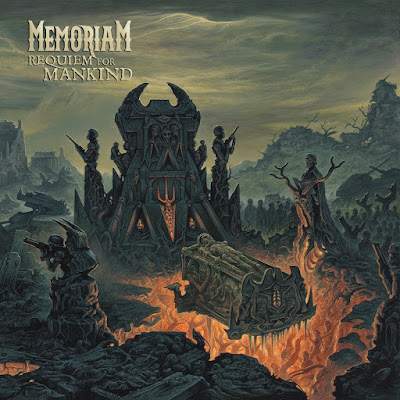 This absolute rager of an old-school death metal album drops this week via Nuclear Blast Records and is the third album in this trilogy that focuses on grief primarily. It’s the album that clearly defines the band and it has been a fantastic journey to get to this place.

The first two albums were also heavy as hell, but the tone was perhaps death metal with a underlying doomy atmosphere; catchy tracks and well structured in purpose. But this album quite simply blows it’s comrades into artillery dust.

Russ Russell’s well established trademark production have lifted this band up several levels, as indicated in my interview he was present as the album was written and this shows in the overall and very cohesive flow of the album. Not only does it have much greater punch than the previous albums, but it seems to really clarify the high skillset we have here from metal veterans and for a four piece; all ten tracks sound absolutely ballistic. Crisp, yet abrasive guitar riffs brilliantly balanced by amazing bass and drum sections, whilst Karl is magnificently harnessing all his hatred for certain parts of the world; it is the album that is not just a supergroup; but has defined the Memoriam sound.

Lyrically it is sharp and fierce as band members previous works and I would suggest the aggression has increased not just sonically, but definitely via a master wordsmith. There is some notable variation in the sound on this album, verring slightly more towards a Goldflesh/Fear Factory vibe crossed with Napalm Death. But all the time it sticks within the solid old school death metal genre, but exceeds all expectations. The variations and changes from the previous albums are all positive, there is no sudden funk metal exploration or any other nonsense. Requiem for Mankind builds on the bands strengths and for the band to produce such great albums (three years in a row) is simply astounding.

Albums highlights including the motivating and thrashing anthem Undefeated, Austerity Kills-which has a excellent hardcore punk vibe and Fixed Bayonents, but pretty much if you are a old school death fan; there is a whole battlefield of sonic rewarding landmines with this release.

This album drops via Nuclear Blast 21/06/2019 via https://www.nuclearblast.de/en/products/tontraeger/cd/cd-digi/memoriam-requiem-for-mankind.html and most definitely should be at your local quality metal or punk store. If not demand it!!!