This event is unrelentingly and lovingly tagged ‘’The International House of Metal” and for us who celebrate this genre and all the side meanderings around it, it is one of the gigs of the year. 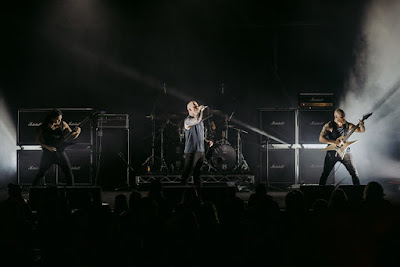 First up were New Zealand purveyors of crushing war metal, Heresiarch. You know when you have a lead singer that looks likes peak Phil Anselmo, (but without the redneck comments) and has such supreme blackened death vocals and evil swagger then you know the opening band has the fucking goods. I was overwhelmed by the sheer heaviness of this four-piece, everything was so barbaric and heavy, but at the same time-besides the vocals and absolute war-machine style of drumming; none of the bass lines or guitar riffs stood out. And certainly on their releases, this is so much more clear cut, but this is not a criticism; I actually think it’s a magnificent statement how hectic they are live, an harsh audio steamroller over your senses. Not sure what’s in the NZ waters, but bands like this band and Diocletian are just pure and devastating extreme metal at it’s finest. Captivating and brilliant live. 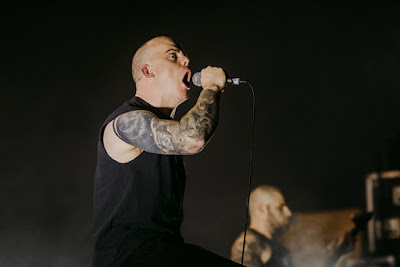 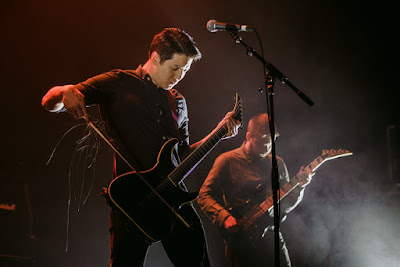 Zhrine were the next amazing act. They hail from Iceland and visually were the opposite of the last band; they looked like an indie band that was more likely to play lo-fi folk etc. But no, we got a beautiful dose of dissonant and truly atmospheric black metal. And this is often the area that soars with this genre, dark tone punctured with ripping and searing riffs and an array of musical rollercoaster -like moments that keep you on your toes. 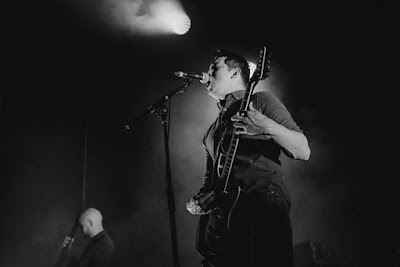 Their whole set was exceptionally aggressive but so gripping and the well structured set list, as well as brilliantly crafted songs, really made them for me the standout band of the evening. Punters were generally taken aback with their sheer power and craft. Their album, Unortheta from three years ago is stellar as well, and they have achieved the perfect mix of grim atmospheric black metal with post-metal leanings that many try to aim for, but sadly fail. This was an intense and inspiring set from a solid band. 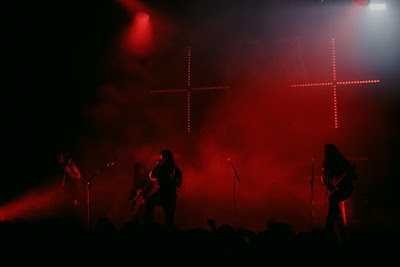 After the first two killer acts, Funebrarum hit the stage and owned it from the first moment they arrived. This was straight up nasty death metal from New Jersey and it was quite a time. No bullshit, straight for the throat evil music. And it went off a treat, and this is where Dark Mofo shines again with this event. Indeed it is a metal genre event; but the high quality and quintessential variation of the artists performing always is beyond impressive. 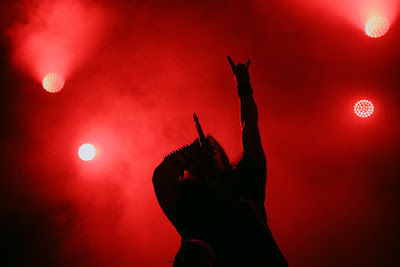 This meat and potatoes style band (but they have the heavy riffs and demonic vocals of the highest order!) may not stand out on a major death metal festival, however on an eclectic night such as this they were a class act. Dirty and gritty music that makes you bang your head against a meatgrinder. Got to love this type of hammering type of set. 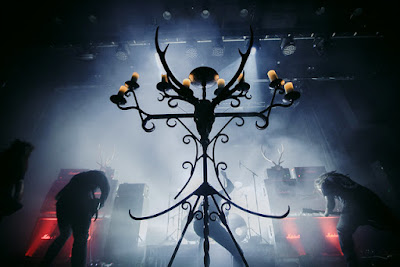 Dragged into Sunlight was the main act I was looking forward without any shadow of a doubt. This U.K. based noisy, crusty, black metal (and whatever extreme metal label you can possibly think of) unit were visually and ear crushingly awesome. 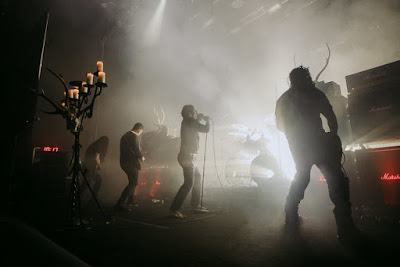 Sonic landscapes of pure distorted metal with frequent drippings of doomy sludge in a furious battle with death metal is just one take this band’s dominance of the live battlefield. Strobe lights and smoke machines added an intensely great atmosphere as this band was clearly unhinged, whilst playing a flawless set of controlled mayhem. As with their incredible albums, they revel in their non pigeon-holed sound and as skilled musicians, they slayed the entire audience with utter brutality. These were easily the most talented band of the night, and most people were absolutely floored by the overwhelm of all senses and the skill level of this incredible act. 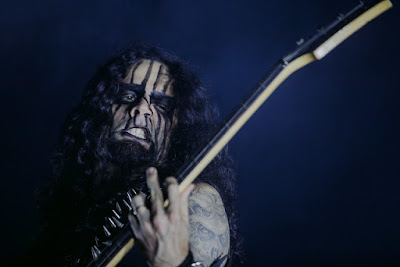 Whilst I give Mystifier the mighty horns up for longevity and no compromise in their sound and musical goals, I felt they were decent live but not incredible. And this is because of the precedent that Blasphemy achieved with their exceptional headline slot last year. Mystifier was loud, solid and heavy with their trademark black metal sound, backed by some incredible albums since their inception in 1989. The vocals were on point as were their playing skills and they delivered their set effectively and it was definitely enjoyable. It was raw black metal at it's best with enough gloom and doom to compliment their almost punk rock aggression. 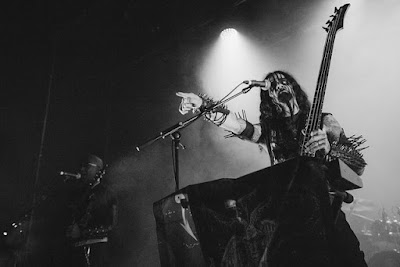 But I think Dragged into Sunlight would have been the more logical headliner for this writer. This was very clearly backed by how incredible their crushing set was; as much as it was challenging and completely life-affirming; despite the inherent bleakness. But as a whole, Hymns to the Dead was yet another blistering success.

Many thanks to Dark Mofo media for access.
Photo Credit: Dark Mofo/Jesse Hunniford, 2019