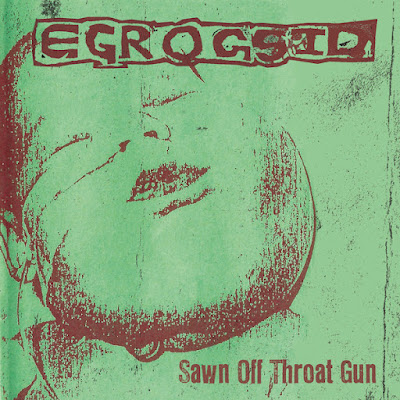 There is no doubt and if there is, feel free to contact me for a debate that you cannot win, but THE 90'S ERA AUSSIE HARDCORE/GRIND/METAL IS SIMPLY UNBEATABLE. Totally free of bullshit and the sheer breadth of amazing bands takes your breath away and for us old bastards who have seen these bands/played in bands or was part of that community we were lucky as hell. There is not enough room here to list all the incredible bands; but my faves were Warp Spasm/Beanflipper, Christbait, Tutti Parze, Subversion, Bastard Squad, Unclean, Toe to Toe, Mindsnare, Damaged, Magnicide and so many more. But at the same time Australia, particularly with the legendary band Warsore really set the standard for uncompromising and also punk as hell dirty, punishing grind. 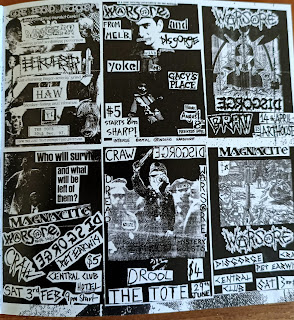 And around that era were some sick grindcore bands that really were dedicated to the original aims of grindcore; to destroy your eardrums and be free of any trends-remember this was pre-internet (well for most of us). These bands played on mostly shared and shitty equipment and recorded mostly on absolute minimal DIY low production standards because that's all they had or could afford. However, the gold shines through the distorted chaos and here is a perfect example of the chaotic audio gems of that era-the brutal grindcore of Disgorge/Ergrogsid. Here's their bio:
Disgorge also know in reverse text Egrogsid was basically split into two eras, the Hobart period from 1990-1994 and the Melbourne line up from 1995-1998. The original Hobart line up played locally in Hobart and recorded a demo called “Give the Sick More Say”. This line up consisted of Aaron Chesterton (high pitched vocals), Nick Hopwood (deep vocals), Erik Simonsen (guitar) Andrew Mckenzie (bass) and Chris Valentine (drums). David Bird also played bass during this time for a year. The band moved to Melbourne in 1993 however Nick Hopwood stayed in Hobart and during this time Eugene Spurr took over the low vocals and Andrew Mckenzie was back playing bass and they played several gigs in Melbourne with this line up. 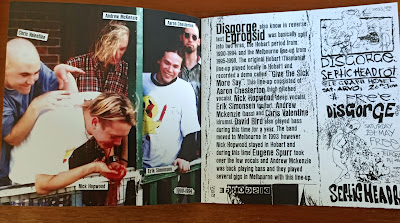 The band went on hiatus for several months until the start of 1995 when Ash Shaw (bass) Den Freedman (drums) joined Eugene Spurr (vocals) and only original member Erik Simonsen (guitar), this would be the unchanged line up until their final gig with Blood Duster in February 1998. During this time Egrogsid shared a rehearsal space, recording studio and record label called Violent Swing with fellow Melbourne band Warsore. 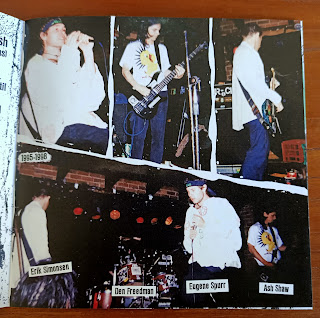 Most of Warsore’s recordings and all of Egrogsid’s (other than the first demo) were recorded here. During this time Egrogsid played regularly in Melbourne as well as touring Adelaide and supported international artists such as Dropdead and Gore Beyond Necropsy.
In short, a brilliant and uncompromising killer live band that I personally got to see with many other killer bands of the time and this double cd compilation is a gem even if you have never heard of this band. The comp starts off with the dirty and gnarly demo that is Give the Sick More Say; this in its low fi glory has all the brutal early grindcore you could wish for and even an essential ENT cover.  This is incredible for a demo, no doubt. From here the band is Melbourne based and over the whole 50 plus tracks contained within you get all their releases including splits and full releases, excellent live sets and also a killer live to air set and an insane interview that was live to air on 3CR.  This is not a new release, but an utterly essential release, plus the packaging is amazing especially if you can score one with the sticker and patch. The booklet has all the history of this raging band, plus tons of flyers. 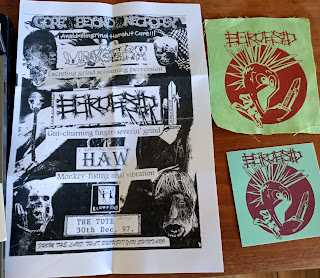 Some of the production sounds as bad as fucking original raw black metal, but the energy and pure intent with the distorted grindcore lovefest are worth every insane second. This is a nostalgic as fuck release, but utterly needed. Subordinate records and Zas Autoproduzioni have done a sick effort on this release and I hope other bands of the era get a similar quality compilation of their works. This is great, out now:
https://subordinaterecords.bandcamp.com/album/sawn-off-throat-gun
Antisocial:
https://www.facebook.com/SubordinateRecords
and
https://www.facebook.com/ZAS.AUTOPRODUZIONI/