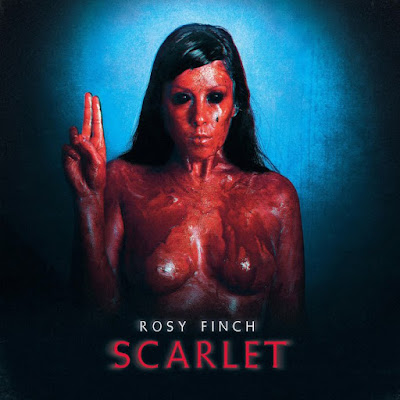 You look at this album art and ponder if this is a modern soundtrack to a remake of Stephen King's splendid 1976 horror classic. The intrigue will reveal itself when album opener Oxblood opens its jaws around your ears. Rosy Finch is a heavyweight sludge/grunge/doom influenced metal trio from Spain. And they are exceptional at what they deliver on this pulverizing album. Why you may ask is this so sensational; it blends together a few genres into a refreshingly original style that makes you feel like you need a bath. The tracks are so gritty, dirty and contaminated, it was utterly glorious to be punished by such a vitriolic album. Scarlet really fucks with your senses, the vocals are soaring but still captivating; then a pickaxe of riffs and pitiless screams assault you as you begin to feel comfortable. FFO: Melvins, L7, Lunachicks, Bikini Kill, Hole, and 90's alternative metal; but with biting and oppressive riffs. Prepared to be staggered and overwhelmed at every track of this album.
This music would be the standout at any music festival or a small club, it occupies and soaks up any environment. The vocal harmonies could front any indie band, yet the tenebrous distress of the guitar tone and vulgarity of the rhythm section contradict this perfectly. This is a nasty, barbaric album that has perfect production and songs that grip every listener. All worship Rosy Finch. Album of the year contender by an absolute mile.