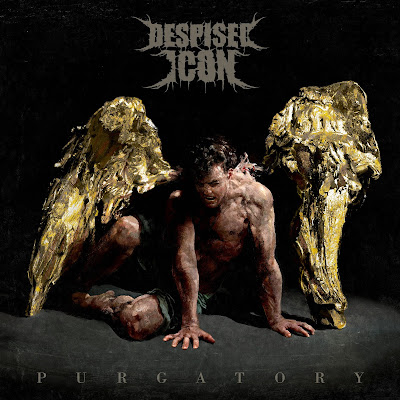 Neither despised but without a doubt an absolute icon in the field of Deathcore. Cheesy puns aside, this is a breathtaking release of unrivaled and belligerent weight. It is extremely fierce and to create such a colossal album this far into their distinguished career is pretty damn amazing. Two albums after reforming and the world is at this band's feet. Purgatory is impeccable and magnificent.


Despised Icon is a Canadian deathcore band from Montreal, Quebec. Formed in 2002, the band is noted for the talent of its drummer, Alex Pelletier, whom makes frequent use of the blasting technique, as well as for its dual lead vocalists; Alex Erian and Steve Marois. Erian makes use of a mid-range growl technique while Marois performs high-pitched shrieks, deeper growled vocals and pig squeals.
In April 2010, the band disbanded, but officially reformed four years later in February 2014.
Beast was released in 2016 and was exactly that, a nasty and hefty album that declared way more credit than a simple comeback album, and 2019 welcomes this fabulous release. 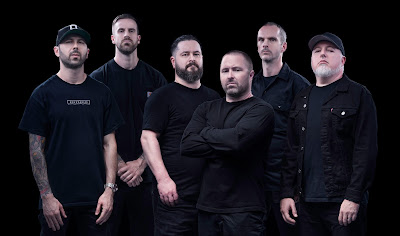 This is their sixth release and it not only shows off their established skills from a hardworking career but adds a few more elements in the mix. It has sufficient moments to briefly slow down, almost sludgy then pummels the hell out of the listener. 11 tracks of solid deathcore, but remember this is actually true deathcore, not that clean and heavy vocal bullshit so many bands embarrass themselves with. I state this because so many bands make the clearer vocals sound like some lame pop-punk band and the other vocals like a hardcore vocalist singing underwater. Fuck that crap. This is excellent hardcore vocals and pretty much staggering death metal vocals.

As previously mentioned, Beast was an excellent album, but everything here seems to have more creative spirit and an attack level equal to their best albums. And this album is one of their best, make no mistake about this. Tracks like Dead Weight, Apex Predator, Legacy, and the brilliant Light Speed are an absolute showcase of what aggressive music should be. Insane drums, tormented riffs, and exceptionally well-written songs buddied up with tremendous dual vocals. Moving On is the best deathcore in ages, the buildup is gripping and then the lunacy rips layers off your face. And that lovely Despised Icon trademark of the vocals really melding with the dazzling guitar attack. If you spend some time listening for the underlying groove, it will really mesmerize you massively. Yes, real metal masters at play here.

Of note is also the deeply personal lyrics on this album, I mean I really worshipped Moving On, but lyrically, like most tracks on this album, the incredible effort, and wordcraft are unbelievable. I personally have experienced deep grief and I give kudos to such skilled writing with compassion and effort. Even the title track has many themes we can all relate to. And it's rare except maybe for Napalm Death to have a full album where the lyrics are on point and thought-provoking.

With perfect production that matches the energy and heavy tone of the album, you have an album that is hypnotizing and uplifting. It could be the cure to anxiety or depressive states or just a kick-arse soundtrack for the gym.

Don't hesitate, please I guarantee this album will blow you away and never leave your playlist!!!.

The album is out now:
http://nuclearblast.com/despisedicon-purgatory

We had a fantastic chance to chat with Eric from the band. Passionate and great guy to chat with, he gives great insight into the band and hopefully with the band's links to Thy Art is Murder could hopefully tour again here in the future...fingers crossed. Enjoy!!!