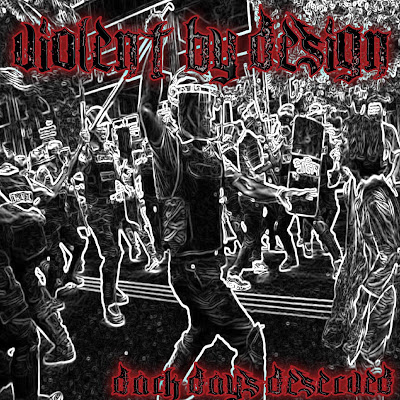 Formed in Upstate New York in 2016. Violent By Design are Proud members and Supporters of the Upstate NY Hardcore and metal scene.

They strive to bring the heavy rhythmic hardcore that will leave you angry and wanting more.

Previously they have released one killer e.p. and two singles, but this solid and amazingly focused band have just dropped their earth-shattering debut album.

Dark Days Deserved is a brilliantly constructed release that is not subtle in its ferocious intent. But this is harsh, caustic metallic hardcore that grabs you by the neck and throws off you the nearest mediocre bridge. 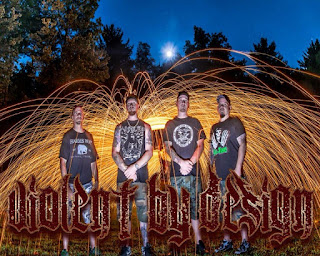 Definitely FFO All Out War, Sworn Enemy, Ramallah, and Pantera. I think this makes the release so unique and essential, as well as a forceful and driving rhythm section, it is matched and overshadowed by searing riffs and vocals that bring the best of thrash metal and hardcore. Truly an exceptional combination that makes you want to restart the album the second it ends.

Highlights were: The Oppressor, Dead Inside, and 7 Trumpets. The album is consistently solid throughout and for a band that hasn't been around long; they have both aptitude and attitude to play major festivals worldwide.

Violent By Design demand your attention, go suss them out pronto!!.

Hit up https://1054.bigcartel.com/product/violent-by-design-dark-days-deserved-cd
for Australian distro.