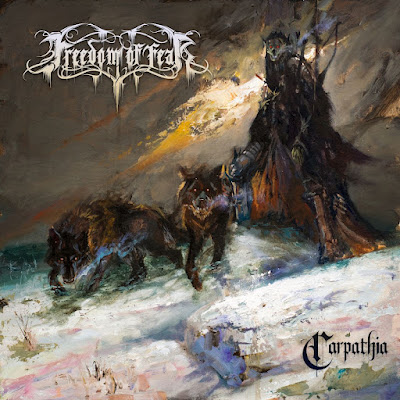 I really adored this band's debut album and this really builds on from that. At its core, Freedom of Fear is a super talented band that walks between very melodic tech death metal and modern black metal and some symphonic metal as well. Now that is usually a warning sign for me, as I think most symphonic metal is dogshit and like bad gothic music, just dramatic and annoying. Obviously, I think there is a definite place for added atmosphere and tone to tracks, and luckily this band have that clever balance between the wide range of skills onboard. And across this very lengthy album, you feel the grim dynamic is perfect for this band. Tracks like the psychotic Zenith and the mini-movie like Nebula are fantastic showcases for the sheer mix of brutality and utterly insane guitar wizardry that is so evident. I also dig how they can also slow to a sludgy grind, and then move into an utterly blinding pace. 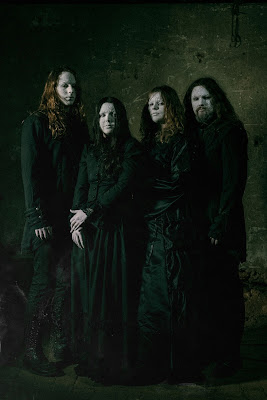 The guitar skill is off the chart, combined with Jade's vocal prowess that will blow your mind with every track and the songwriting maturity is even more noticeable on this confident release. They even really rock out on Primordius, like borderline power metal crossed with aggressive blackened death metal brilliance. Immortal adds the drama in a classic black metal manner and that main riff lodges deeply and that atmospheric thrilling ending was an album highlight. And then was easily my fave track Entities, where I think the band really hits its straps on this release, it reminds me of the amazing UK band Venom Prison with hardcore leanings and crunchy modern death metal focus. Less synth and more aggression is my preference and this is the arena where the band shines. Gatekeeper efficiently closes out the album exceptionally well, but the middle part of this track was probably way too cheesy and drawn out for me, but luckily it descends into a wild and chaotic ending of monumental heaviness.

This is well worth your time and cash, and Carpathia is a brilliant, epic and wild album of depth and mindblowing skill. And would be utterly mental as a live performance.